Michael Orban served as an infantry soldier in Vietnam. He experienced many punishing physical, psychological, spiritual and cultural reactions when returning home. With a focus on the veteran and military family he is dedicated to improving transition from military to civilian life through education while working to disarm stigmas that might endanger that transition.  Read more about Mike on Who We Are. 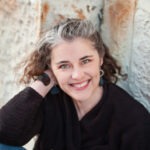 Erin Schraufnagel grew up in Northern Illinois and attended college at UW-Platteville, in Platteville, Wisconsin.  She joined the Marines during her junior year of college, and served 12 years in the Marine Reserves.  After two tours overseas she got out of the service to spend time with her husband and children.  Nowadays Erin’s the head cook for a small Christian school, teaches swim lessons and drinks way too much coffee.  Erin spends her free time running triathlons and volunteering with Warrior Partnership at MCW.

Bob was born and raised in Milwaukee and enlisted in the Marines after graduating from high school in 1968. He was honorably discharged after a tour of duty in Vietnam in 1969-’70 when he was 19.

Vietnam service was exhausting, terrifying and often demoralizing. However, Bob learned unforgettable lessons from his comrades in combat including this truth attributed to an anonymous Marine 2nd Lieutenant who said, “Courage is endurance, for one moment more.”

After attending the University of Wisconsin-Milwaukee in the early 1970s, Bob graduated from a radio-tv training school in 1975 and began a career as a broadcast news and sports reporter. He covered countless news events and also announced Marquette University men’s basketball on radio and Wisconsin Badger basketball on television. He was a reporter and on-air host at WUWM-FM in Milwaukee, an NPR, for almost 25 years. Bob retired in 2014, and later was elected to the Milwaukee Press Club Media Hall of Fame.

Bob is married to Joan and has three children and three grandchildren. He lives in Milwaukee, Wisconsin.

Bob is honored to participate in the “Stigma Free Vet Zone” podcast and partner with veterans who have courageously chosen to share their stories, thoughts, and feelings. There is so much for all of us to learn.

Minhi Kang is a medical student at the Medical College of Wisconsin interested in pursuing Psychiatry. Her academic experiences include molecular, clinical, and quality improvement research as well as managing the student-run free clinic and gardening produce for local food banks. Outside of school, she spends her time playing various instruments, painting watercolors, walking dogs, and camping.

SFVZ made possible in part by a grant from …