Getting Back Home After War | Joe Campbell 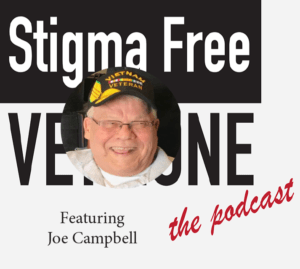 DISCLAIMER: The information and content shared in each episode of the Stigma Free Vet Zone are for informational purposes only. The Stigma Free Vet Zone hosts, Mike Orban, Bob Bach and Erin Schraufnagel are not, nor claim to be, medical doctors, psychologists, or psychiatrists and should not be held responsible for any claims, medical advice, or therapy/treatment recommendations mentioned on this podcast. Any advice mentioned or shared by Mike Orban, Bob Bach, Erin Schraufnagel or their guests is strictly for purposes of bringing awareness to the veteran community and the services available. Please speak with a medical professional before taking any advice or starting any therapy or treatment discussed or shared on this podcast.